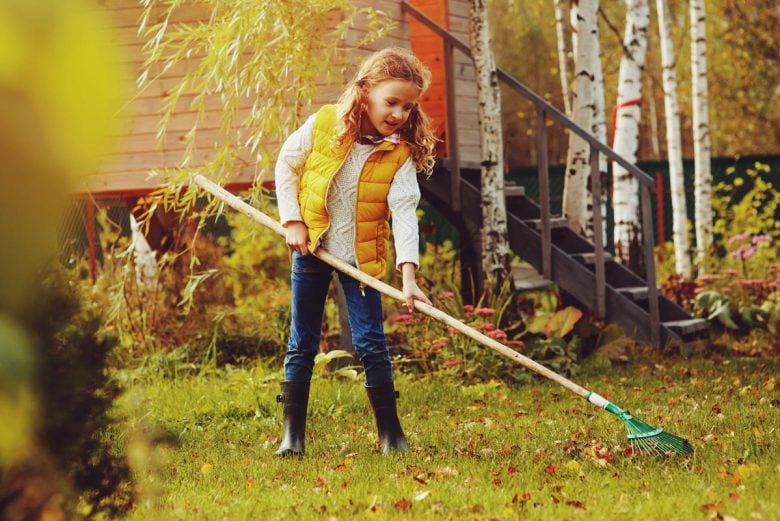 Does your child resist you, brush you off, or tell you “no”?

If you’re a parent, you’ve been there. Your child asserts their independence and just won’t do what you’ve asked of them. What to do?

This episode begins with the question about a resistant Type 4 child. But it turns out that all 4 Types of children have a reason to shut you out. Listen to Carol and Anne’s tips to connect with your child so they listen to you.

Pay attention to moments this week when you can show your child respect. Finish the sentence, “I really respect you because…” Do this at times when you’re not trying to get your child to follow directions or listen to you.

When children feel respected by you, they are more apt to listen to you. Start with respect first and then see other situations shift.

Anne: I’ll say something, and they have no regard for it. It’s just like, “Nope, nothing. I don’t care what you say. Like, I’m going to do what I want.” And there’s just that lack of respect there.

Anne: This Type 1 mom asks, “I’m contemplating homeschooling my Type 4 six-year-old daughter. One of the biggest concerns is me stepping into the role of the teacher. In the past, when I’ve asked her to read with me or work on a little homework assignment, she has refused. How can I let her be her own authority but also listen to me as her new teacher?”

Carol: This is a great question because one of the primary needs of a Type 4 more serious child is to respect their need and intrinsic quality of being their own authority. And this has come up in a lot of parents’ minds as they, “Okay, just they can do whatever they want.” It’s like, they’re just in charge of their life, you know, and obviously, six-year-olds are not able to pull that off.

So it’s like now you become co-authorities. You become a trusted guide and authority to them because they respect you. So the key to having a voice and authoritative position is they respect you. That’s what creates it. For them to have respect for you, they have to feel you respect them. And once you figure this one out, it’s really one of the easiest Type of children to raise once you understand that whole formula. Which I think is interesting of any Type 4 children have a formula. Once you figure the formula out, you’re like, “I just got to keep doing this, and they respect me, and we get along. We work together. We are co-operative.”

Anne: A partner of authority.

Carol: Yeah, you’re their authority, a partner in being in authority because they’ve allowed you that right and wrong. And so, if your daughter is sick, she’s starting to now exhibit this need to be respected if she’s not respecting you back. So in a homeschooling situation, a six-year-old Type 4 child is old enough to help create the infrastructure of the homeschool experience.

Anne: Because if she overhears the question, she says, “I’ve asked her to read with me or do some homework assignment, and she has refused. So maybe she doesn’t respect her teacher at school, and she doesn’t see the point in doing these assignments. But if she’s set up for success and she’s created the structure along with mom for her homeschool, she could be a really good candidate for this type of setup and really succeed.”

Carol: Yeah, and in fact, that doesn’t necessarily mean she doesn’t want to read with you. It’s how it was all the infrastructure of how it showed up and how it was managed that…

Anne: Maybe it was spurred on her last moment. This is a Type 1 mom who’s asking, “Is there any of that infrastructure…?”

Carol: It’s so random to her. There was no like rhyme or reason to it, or no heads up, or anything that’s supported her choosing into that because she expected it. And so, your Type 4 child is very capable even at six years old and having a say on how to create structure.

Carol: That’s why we call them the More Serious Child.

Anne: So, I bet, even before you start, I mean, start having the conversation. You know, “I get clear on what you want as a Type 1 mom to create… In your homeschool experience. What’s really important to you? Where do you learn?” Because I know as a Type 1, you know, you have a lot of ideas, a lot of possibilities. So get clear on what’s most important to you and then come together with your Type 4 daughter and create the rules together. They’re mutually agreed upon, and then you can move forward. And they have guidelines, rules, and consequences.

Carol: He could even come up with some of them.

Anne: Yeah, yeah. And so, they were just guidelines of like…

Carol: Everybody has breakfast rules, we have to make ours.

Anne: I think it was just a few steps of what was done, probably just sit at the table. You know, just simple guidelines, but it was the breakfast rules. And it wasn’t mom nagging at him every morning reminding him what to do. It was clearly posted on the wall. And I just love that it was in his Type 4 literal mind even at two years old. That was the secret to success. He respected the breakfast rules and together, mom and him abided by the breakfast rules. So you’re creating the homeschool rules and guidelines. You’re adding that structure.

Carol: I actually teach in The Child Whisper book on page 241, “How to Create Emotional Connection to Your Type 4 Child.” If you’re feeling you don’t have one or they’re respecting you or listening to you, consider that your child has one of these experiences with you. They think you don’t respect their opinions. They think you talk down to them or treat them like a baby. They think that you don’t trust them to make their own decisions. They feel like you put them on the spot or embarrass them. They do not think that you keep their personal information and concerns confidential when talking to others.

That’s something that you need to review often and look at yourself as a parent of a Type 4 child and go, “Am I doing any of this without noticing it?” Because as I notice and change that, they’ll have respect for me and we have an emotional bond.

Anne: This is a question we actually get a lot from parents of Type 4 children is “How do I get them to listen to me?” I’ll say something, and they have no regard for it. It’s just like, “Nope, nothing. I don’t care what you say. Like I’m going to do what I want.” And there is that lack of respect there.

Once you have this respect, and you can be exhibited through all those changes in behavior as a parent that you just gave examples for, that trust will start to build and that respect. And they will listen to you because they’ll see you as an authority in their life and they’ll want to turn to you.

Carol: I think this is important for all Types of children. It’s just the biggest need is in the Type 4 child’s experience. But all children want to feel respected by their parents, and they will feel closer to you when they feel respected.

Anne: What are some other ways the other Types would be shown respect? You gave a list of the Type 4, do you have some ideas for the other three Types?

Anne: Or they won’t share their emotions with you. They’ll shut it. They’ll stifle it. I actually noticed this recently with my Type 2 two-year-old is, he will, you know, he’ll fall, he’ll hurt his knee, and he will just keep moaning until you kneel down, “What’s the matter? What hurts?” Give him a hug, acknowledge his expressing emotion of what’s going on. If you just try to like move through it, he will not stop.

And I expressed this to my husband. I said, “Well, he needs…” Because my husband’s Type 3, I was trying to just move through it, or change the mood, or make him happy. And he said, “What he needs is just you to validate his emotion. Let him express it and then just give him a comforting hug.” And he actually did that. Just this morning as we were leaving out the door, he was upset about something, and my husband said, “Oh, you’re feeling sad?” And I was like, “Good job, honey. You’re doing it.” And he changed the mood.

Carol: Yeah, that’s showing respect for his feelings. Type 3, respect their need to just plow ahead and climb the counter once in a while and get their whatever done and go, “I really respect your… Go for it,” way of living.

There’s going to be times they need you to get out of their way and say, “You know, I’ve experienced that as a Type 3 adult with my husband for him to respect that in me. That you just go, you know, till you move through life and there’s just times I need to back you up and do it your way and not do it my way. And that shows a huge amount of respect.”

Anne: Of the last three podcasts we’ve done, we’ve said, “And you could use this with your spouse too.” So I just try out.

Carol: I know, it’s true. We don’t like grow out of our Type when we’re adults. We’re still operating by these natures.

Carol: So, this week’s practice is, and be looking for this because it’s going to show up for you. Something will present itself that you can show respect to your child this week. Your role is to just notice it, fill in the blank, and say, “I really respect you because…” And we’ve given some great ideas for all 4 Types, which I love, based on their intrinsic natures and especially for a Type 4 child. Because we started this conversation in reference to a parent wanting to get cooperation and their Type 4 child to listen to them.

Thanks for listening. For more support, go to thechildwhisperer.com where you can purchase the book, subscribe to our weekly parenting practice email, and find a transcription and audio of The Child Whisper Podcast.

Anne: If you’re listening on iTunes, thank you for leaving a review. If you have a parenting question, please send it to [email protected]. 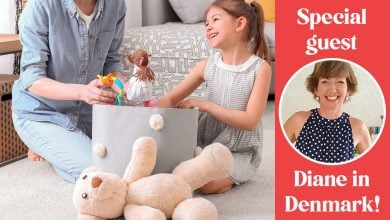 Top 3 Tips for an Organized Household 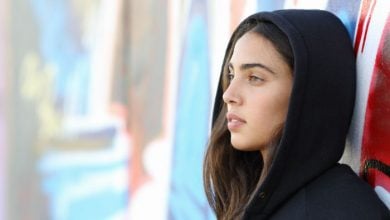 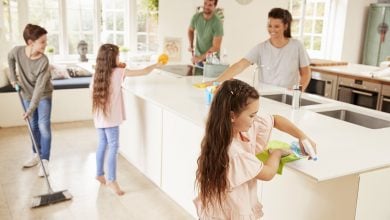 Want a Clean Home? How to Get Your Whole Family On Board 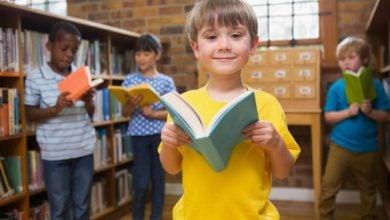 To the Parent of the Know-It-All Boy 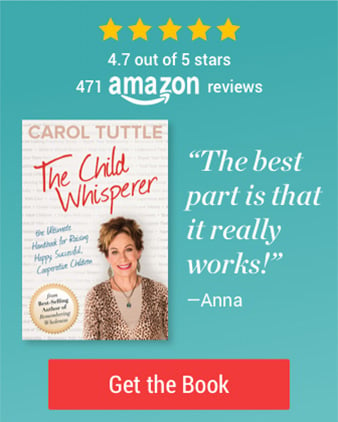